The history of Hayling Rescue 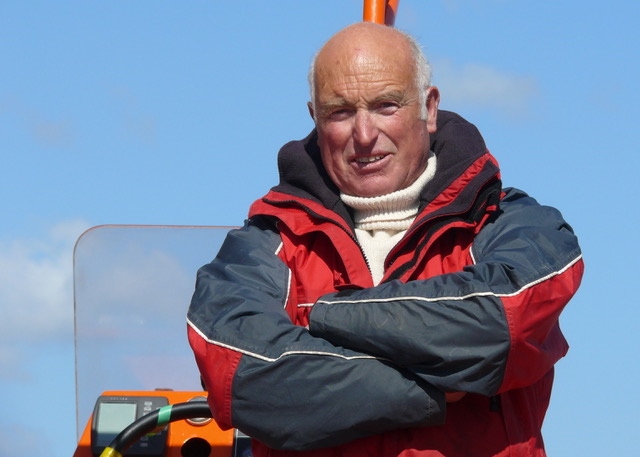 Frank Dunster first started rescuing in 1970 when he joined the volunteer crew of the Hayling Island Sea Rescue and Research Organisation (HISRRO) who operated a rescue boat service in Chichester Harbour and its approaches in the absence of the Royal National Lifeboat Institution (RNLI).

Boating activity increased greatly at this time and the RNLI and HISRRO joined forces to open a joint lifeboat station at Sandy Point in 1975.  Frank helped crew the Hayling Lifeboat until 1995 when he reached the statutory retirement age for inshore Lifeboat men.

In 1977 Michael Mountifield, a leading Hayling Island Sailing Club (HISC) member, suggested to Frank that his rescue interests would be fully challenged by helping the club in its many sailing activities.  Frank developed his rescue career further, so much so that he bought the first ‘Hayling Rescue’ boat in 1984 – a 28’ rigid hulled rescue boat, built by David Still Marine in Emsworth.

By 1987 Frank had ended his career on the London Stock Exchange and used Hayling Rescue full time as a way of life.  This involved helping HISC in its many sailing activities and championships, providing a general rescue and recovery service and towing vessels to and from moorings and marinas for repairs and winter lay ups.

By 1999 the rescue boat was beyond economic repair and Frank discovered he could access his pension fund to provide the money for a brand new rescue boat – the second Hayling Rescue was built by the Pepe Boatyard, Mill Rythe and has been in use ever since.  Demands on this vessel expanded and Frank found himself attending over 200 rescue incidents a year as well as all the commercial work.  Not surprisingly the engine had a major failure in 2010 necessitating a complete rebuild.  Fortunately, a group of HISC members got together to form “Friends of Hayling Rescue” with intention of raising the funds for a rebuild.  This proved so successful that there was money left over to provide a continuing capital fund to pay for major repairs, annual servicing and renewals.  Frank continues to pay for day to day running costs such as fuel, insurance, boat equipment such as electronics, wet suits, lifejackets and food! 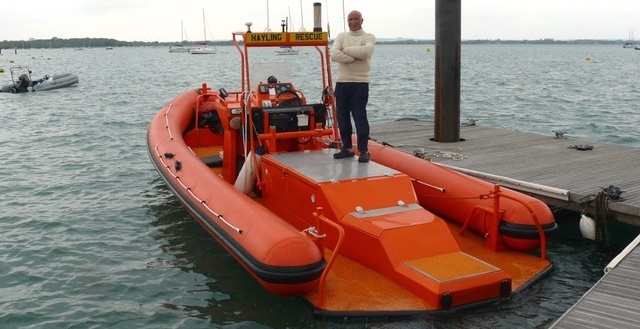 Frank intends to keep Hayling Rescue operating for a few more years mainly helping HISC and other harbour users in Chichester Harbour and its approaches.  Like the RNLI, Frank never charges for actual rescues performed but donations are acceptable to “Friends of Hayling Rescue” who operate a bank account fund administered by the accountancy firm C. J. Driscoll and which works in conjunction with the Hayling Island Sail Training Trust to take advantage of “Gift Aid”.