“Frank is a local hero…”

“Only once in lifetime do you get the privilege to know a unique character like Frank. Educated, eloquent, alternative, humorous, dedicated, talented. His own man, the real thing. Frank is a local hero, understated, rescue man, who genuinely does make a difference to  a busy beautiful harbour. Everybody afloat comes before anything else. Thank you Frank”

“I had the pleasure of being rescued by Frank yesterday.

I managed to get caught out by the speed of the huge tides whilst having a picnic on Easthead with friends. I had moored the R.I.B. well away from the beach in waist deep water and used the inflatable to get us ashore. The tide turned and started ebbing. I had noticed that the R.I.B. stopped bobbing up and down , so I waded out to find the R.I.B. had just touched down, so I lifted the motor and walked it out back into waist deep water and re-anchored. I walked back to the beach and with 5 minutes it had stopped bobbing again, I waded back out to find the hull was already sitting on the bottom in shin deep water! This time I had left the leg up and the tide was literally ripping out almost as quickly as I could walk. I shouted to the friends to round everything up and get out a.s.a.p. to give me a hand and drag the R.I.B. into deeper water. By the time they arrived it was too late. The water had gone from 3′ deep to just covering my toes with 5 minutes!!

I called Hayling Rescue for assistance in the hope Frank might have been able to tow it through the silt back into deeper water, but he did a couple of test pulls using an anchor to gauge how much thrust he could generate and declared that the tidal flow was too strong. So we ferried everyone out with the inflatable to Frank’s R.I.B. and he gave us a lift back to the club. He then kindly ran me back out at around midnight to retrieve the R.I.B. once we had some water again. What a fantastic service Frank offers, you really don’t realise just what a valuable resource he is, until you need his assistance.

Apart from my pathetic problems, having dropped us off he went off to another similar incident and then onto a paddle boarder who had slipped off in shallow water and had managed to break his ankle, they apparently floated him on his board into the back of Frank’s open transom and rushed him off for medical assistance. It never stops for Frank.” 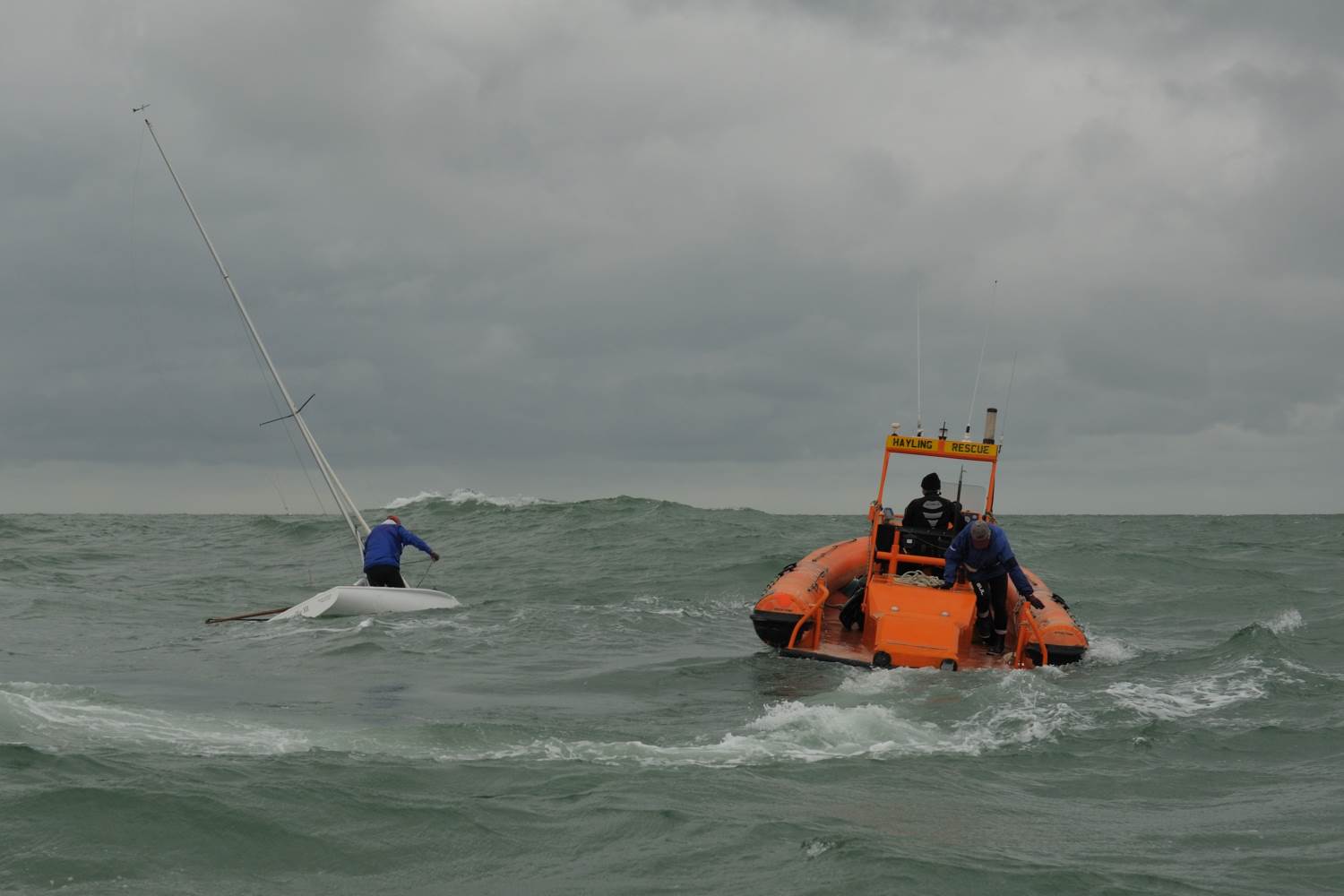